Part of the terror is to take back our own listening, to use our own voice, to see our own light.
–Hildegard of Bingen 1098 – 17 September 1179, also known as Saint Hildegard and Sibyl of the Rhine, was a German Benedictine abbess, writer, composer, philosopher, Christian mystic, visionary, and polymath.

An author writes by herself. But she never writes alone. This Trilogy of Dreams Along the Way is for Jill and the many women and men who travel into the unconscious to find the Divine Feminine. The trip is arduous. The rewards are amazing.

Woman in search of herself

To discover who she is, a woman must descend into her own depths. She must leave the safe role of remaining a faithful daughter of the collectives around her and descend to her individual feeling values. It will be her task to experience her pain … the pain of her own unique feeling values calling to her, pressing to emerge. To darkness where she can meet her own deepest nature and give it voice … weaving the threads of her life into a fabric to be named and given … sharing it with the women around her as she comes to a true and certain sense of herself.

It is signed for Pearl, Love Jill.

On Seeing Red  2017, M. asked the group about responsibility / responsiveness to art and the creative process. I spoke. Later, I pondered, plucked a bit of string from here and there. One string was this writing from the days before I left for the Canadian Yukon for two weeks hiking and reflecting in the fall of 2017. Why do I write?

Because I must. It’s really very simple. My inner voice said, Write. I write also for my children, their children, my large extended family  and anyone who crosses in the path of my soul. I must write these intentions or I will surely lose courage just before the finish line.

I learned a great lesson from Dr. Kate Harling sometime in the early ’90s. I learned about the power of intentionality and the power of the unconscious … in spades. I journeyed with her, went skinny dipping in the North Saskatchewan river,  made death masks and danced while howling at the moon through four cycles and seasons of my life in the early days of healing. There were a large group of Alberta women who gathered for Women’s Circle Weekends

Now, I still practice intentionality. In those desperate healing years, when life threatened to leave me or go completely crazy, my husband Bill would calmly suggest, “Don’t you have one of those Women Circle things pretty soon? You always feel better after those.” Indeed.

This writing furthers my intention to complete the soul task given to me in March 1990 as I drove to do a social studies workshop in Wainwright, Alberta. Write. Write. Write, said a voice somewhere in what seemed the back seat of my car. Of course, it was no disembodied voice. It was my own soul voice. “Write Dreams Along the Way.” Over and over the voice insisted. So, I began to pay closer attention. I read and studied a zillion books. Symbols poked through every page. I wrote down nearly every dream for many years. I think you might call it obsessed. I was called, “intense.”

I sat mostly frozen for several years when Bill died suddenly September 29, 2000. I was waiting in the physiotherapist’s  office for him to pick me up. My elder son, Colin, and I found him in the morgue.

I write to honour my many teachers. Teachers like Beth McCann at Yoga with Beth. Hiking, sleeping in the yurt, rolling and healing in the primal red mud of Molokai. Beth pulled me through the lineup at the airport when I nearly missed the trip In December 2000, two months after Bill died. I didn’t want to go. My kids and Beth insisted. I write for them.

Several years went by and then I enrolled in a course with Dr. Dennis Sumara and in a few years, I had completed my doctorate. It included some of my personal dream work as it related to the women in Carol Shields, novel. Unless. Together with my dreams those women became the research data for my dissertation. I learned of Persephone. Or at least I thought I did. I was sure I had completed my task. By 2014, a series of mini-strokes showed me otherwise. I read Field, Form and Fate by Dr. Michael Conforti.

I have been immersed in the writing details ever since. I found a wonderful copy editor, Anne Champagne,  with endless patience. Together we crafted this writing. Then, a poet editor, Michael Kenyon responded to a request for a structural editor and this Trilogy was born from Dreams Along the Way: A Journey through Dreams to the Feminine. Of course, The Mother resides with me since birth. I am a child of Mary, Maia, May, Earth Woman. I didn’t truly understand it until I joined the Assisi Institute and Seeing Red: The Emerging Feminine in Turbulent Times but the archetype of Inanna lives on in the unconscious of humanity. Inanna emerged from within my being.

I am privileged to share bits and parts of my journey with some amazing women and a few very brave men. Thanks to each of them, I keep working with this even when my ego screams, “No! It most certainly isn’t safe! People think you are crazy. Who the hell do you think you are?” The screaming goes on through unabated whispers,  growls,  scathing and often angry inner voices. It is momentarily silenced by reading, writing, sculpting, poetry, walking, hiking and the dance.

I descended to the darkness sometime in my very early teens and from time to time over the next 30 years. Then, in midlife, I descended even further into the discovery of my ‘own unique feeling values’. Deep meditation, Inner Healing Voices and writing to heal I  have come to understand as the Voice of my Soul, the numinous. Psyche spoke. It was Time.  That very first dream in December 11, 1988 told me of the fall, the screaming, and the safe landing in either feathers or lamb’s wool. I hadn’t a clue what it meant.  It has held me ever since. The dream was followed by the most amazing miracles of transcendence.  Strange what parts are played. The skeptic helped to provoke the Descent to the Goddess. I have held desperately to the dream through  descent and dismemberment, the crushing weight of unhinging the many fixed positions of educated, liberal arts, progressive, spiritual, religious, and scientific beliefs. Beliefs die a very hard, slow and often torturous death! Idols, saints, parents, and inner figures of delight  also die. Beheaded, hung on a peg, stripped to the bone, food for vultures, the psyche’s process of individuation grinds exceedingly fine all the while feeding the soul from the inner labyrinth of  its water and love streams.

Verna, you were the virtuoso in the introductory scenes. DS taught refinement and confidence in my aging Crone wisdom and writing. I was buoyed up simply by his enthusiasm for the subject. He probably doesn’t even know it but my brother E. and his wife, S., played so well the role of skeptic. I didn’t know it either until the depths went on and on. Now I know that to do this journey and not get lost in entrancement, there must be sand, grit, questions, and resistance. I thought I had enough but my soul knew differently. Discernment.

Now, S., I am Exodus woman. You caught me and you taught me Life’s a Dance. The Lord of the Dance has played through my cells countless ways and thousands of days.  I didn’t “hear”. Often, I am rather dense. I didn’t get it. L., you taught the dance. M. had simple words. “Write,” she said. “You are a story teller,” she said.   With S., I held my shadow up to the light and saw the strings held fast in many colors. Now, I continue to dance the inexorable dance and yes, I am still living. Lucille, you just keep asking. And asking. And coming for more. The depth of your courage in the face of life’s secrets, changes and challenges is inspiring. Emile, you walked with me in the very early days when I knew nothing except I had to go. Taylor, a wise young man with great courage, you walked into my life and into my heart a very young man of perhaps 26. Younger than my own children. “How long will this take,” you asked. Seriously. I knew not what I spoke but the words I spoke, “How long are you planning to live?” were to myself.

I have spent  more than 30 years now, all of my children’s adult lives and most of Rachel’s childhood,  coming to know a sure and certain sense of who I am. Truth? Often still, I am neither sure nor certain but hey, I’m still dancing.

I am a collection of contradictions whose multiple aspects I have come to recognize fleetingly and sometimes even know as Mother, Weaver, Journey, Story, Warrior, Healer, Writer, Seeker, Sister, Explorer, Mystic, Earth and Truth Woman  Some names I have stolen from Dominique Christina, MA whose work I was introduced to with Seeing Red: The Emerging Feminine in Turbulent Times.  That whole group of women has played a mostly silent while very deep part in my journey these past few years.

As this Trilogy unfolds into itself, I have sometimes gone to even stranger places. The short verse below came on a note to me, one of the many mementos I find in my journals and files related to the dream workshops where I have Journeyed in my sunroom with many participants. It is signed, Love, Jill. I must admit, I don’t remember Jill’s face, but her thoughtful expression of my search is beyond value. To each of you and many more, your  voiced and unvoiced support is much appreciated and still needed. Thank you.

I have one firmly fixed truth as I move through this eighth decade… We are all one.  I had a couple young grandsons come into my study the night before I left for the Yukon the fall of 2017. Seeking my approval on their extension of the dirt bike track on the north east corner of the farm. I was telling my grandson Owen an energy story of Christ in the Upper Room on Pentecost. The story of love energy manifesting right through the walls! And the story of reiki healing for his knee so he can get the heck ready for hockey tryouts. This young man is Dancing Boy. His older brother, deep, intense, and darkly brooding, says calmly, “It’s like …. ” and Ian then explains energy movement, light, electricity moving through wires and walls. Reiki’s like that, Owen,” he says very matter-of-fact.  “It’s energy.” The  world of children. The world is whole and connected for the young. It is the world of quantum physics, complexity science, meditation and wordless prayer.  It just ain’t that hard. Listen to the children! 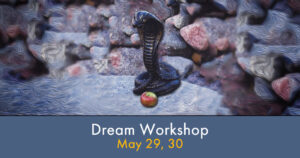