The search of reason ends at the shore of the known; on the immense expanse beyond it only the sense of the ineffable can glide.

It alone knows the route to that which 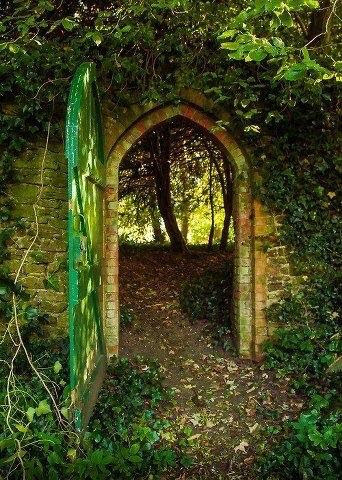 is remote from experience and understanding.

Neither of them is amphibious: reason cannot go beyond the shore, and the sense of the ineffable is out of place where we measure, where we weigh.

Marion Woodman, Dreams: Language of the Soul tells us, “In dream tending, the world of dream is the world of soul. The more you work with the dream the more you are stunned by the memory, knowledge of the future, subtlety of emotion, and hidden knowledge that is in the images. The power of it is that it brings you together; it rings a bell right through your psyche and your body. You may have thought something was going on in conscious life but the dream will be telling you the unconscious response from the soul position and it may be quite different from what you anticipated.”

It is difficult, if not impossible, to provide deep knowledge of Jung’s conceptual framework for the collective unconscious, the unconscious, and the personal unconscious. For dreamers and readers who want deeper information, there are dozens of reasonably priced used books available via online book stores. I do caution you to be very choosy in purchasing books as some authors try to provide a rational explanation rather than Jungian imagery! One good choice is C. G. Jung Lexicon: A primer of terms & concepts, Sharp (1991). Sharp (1991) provides a beginning understanding of many of the relevant terms and concepts as used by C. G. Jung,

The theory of the collective unconscious was developed by Jung.  He considered the objective psyche to consist of 3+ million years of the experiences of people on earth.  The unconscious seeks the potential of the individual and transcends the individual in time and space.  The unconscious contains the world of the archetypes.  The inclination to monotheism springs from Self or psychic centering tendency to unite the warring conflicting elements of the psyche.  The personal unconscious, like a basement into which things we do not want to face are discarded, consists of those repressed, unloved, events and actions of our lives. Also, herein lies our many gifts, discarded because society, via school, community, church and parents, taught that these were wrong, sinful, immoral or inappropriate. The personal unconscious is the partner of the conscious personality embodying within it the wisdom and guidance of nature.

We can come to know something of the unconscious through dreams, which will bring up what needs to be looked at and integrated into the personality.   Integration enables greater realization of the potential of the living Inner Christ consciousness.  This is NOT the literality nonsense of the Christ in the “honk if you love Jesus” espoused by some religions but the inner Christ as in, “The kingdom of the Divine is within you.” Anything rejected in the unconscious turns against us as symbolized in the revenge/wrath of ancient gods and goddesses.  Dreams may then be stormy, troubled, filled with the ‘enemy’ or indeed, nightmares.  If ignored, we then unconsciously live out the archetypal energy in a variety of illnesses both mental and physical. The symbolic language of dreams breaks through in sleep to create wholeness.  Dreams come to uncover that which we don’t know in the spiral of the DNA.   This uncovering is the journey of a lifetime.  Know thyself.

According to Sharp (1981), dreams are independent and spontaneous showing us the involuntary psychic action which is reaching our consciousness just sufficiently that we could remember them in our waking state … if we choose to do so. According to Jung’s work, dreams are nothing other than what they are. “They do not deceive, they do not lie, they do not distort or disguise.” The dream seeks to express that which our ego doesn’t know and furthermore doesn’t understand. The dream tells us of the situation in our psyche according to the point of view of the unconscious. The conscious mind is rarely in sync with the unconscious. Sharp calls this the “autonomy” of the unconscious. Often the dream is in direct opposition to our conscious mind.

I often find great amusement in the notion that human beings actually believe that they know themselves. Often I am told, “This is NOT about ego.” “I don’t have an ego.” Ha! Another unconscious human … Loud laughter from the universe… The ego knows only its own contents; it most certainly does not know that which is unconscious and its content! The psychic facts are hidden from all of us. What do you know about your own anatomical structure? How each and every aspect of our body performs? Well, psyche behaves much like the body….and we know very little of it! Dreams are the vehicle through which we can move to differentiate the ego from the complexes in our personal unconscious, that is the persona, shadow and anima/animus. The goal is to have a strong ego that can stand and relate to the complexes of the unconscious without becoming those aspects. The ego is NOT the self. Yet it is difficult to remain apart from the self as the ego experiences itself as the center. As the joke goes, “You cannot be the center of the Universe; I am.” The ego must be subordinate to the self which is the mover of the ego. How does the unconscious—personal and collective–manifest in your dreams?

The first dream I recorded, The Landing, shows my initial descent to the unconscious in my search for myself. That descent was necessary for my mental health. In the 1980s, I was under psychiatric care … Diagnosis? Clinical depression. I also was hearing Voices.)

Without conscious knowledge, I had resisted the descent to the unconscious for many nightmare-filled years. For several reasons: One, I had zero knowledge of dreams. Two, I had zero knowledge of even the words personal and collective unconscious. These words plus the initial descent into the underworld would propel me forward even against the will of my ego which clearly had no desire to know the content of either the collective or my personal unconscious.

Because we live in a culture that is both religious and anti-religious, where the concept of the soul may only appear in some circles, and where marketers have figured out how to capture attention and sell “stuff’ simply through the use of the word “soul,” we must be very discerning. We readers need to question and reflect on the concept. It seems that the concept of soul goes far, far beyond the definitions given it by aspects of religion. I have never read the Bible for the expressed reason of finding the concept of soul. I doubt that I would. If you are stuck on that concept, or it makes you nervous and tense, read Thomas More, The Care of the Soul or Robert Hillman, The Soul Code or Marion Woodman, Dancing in the Flames. Indeed, search out and listen to Byron Katie. The 21st century ensures wide dissemination of ideas and knowledge available to all not just to the “wise and learned” as prior to the 15th century. Remember, the printing press was invented somewhere in the 1500s.

And the internet? Well, it is filled with information but it is up to you to create inner knowledge and more importantly wisdom from that many tons of tortured information.  You must discern wisdom from the garbage. In Women Who Run with The Wolves, Estes tells us that it is our task to learn to discern this from that! Learning from your Dreams over the years of a lifetime is deep, rewarding and very rich.