In my dream I am with unfamiliar people one definitely a woman. It feels like we are in a hair  stylist’s shop. One person has dark hair and resembles me as a teenager. These are “new age” people. We begin a meditation. I am seemingly on the verge of leaving my physical consciousness and going to the fourth dimension. I feel beautifully peaceful. I ask Jesus to lead me by the hand to the fourth time span. I am afraid to go and at the same time want to follow Jesus. A woman sits behind me now with her legs around my body. There is a sexual energy which is very elusive. I hear the beginnings of very beautiful, soft music. Suddenly I am overcome by fear and I start into the deepest meditation I have every experienced. I struggle desperately and anxiously. I come back from the depths.

The dream scene changes. A woman, professional colleague, whose acidic gossipy tongue I greatly fear appears. She is very pregnant.

I am loathe to write down the dream. For obvious reasons. It will be many many anxious months before I begin to let myself ask questions of the dream. I read, write, meditate, cry and the dream does its work at deep levels of my being.

My Journal entries from these days tell me that I am suffering from deep anxiety. It is “free floating,” in other words, I cannot get a hold on where it comes from. I am anxious, physically exhausted and crying a lot. I try to listen to Father Larry Faye’s meditation and contemplation tapes. I cry myself to sleep. I am unhappy with my shallow faith, my aches and pains, financial instability, unsold house in Leduc, the wet soggy basement on the farm, the ruined sewer pump, the underweight pigs, low price of cattle and the never ending bloody work. I “hear” messages in my meditation about “healing the house”. I don’t understand. I am deeply restless, discouraged, unsettled and fearful. I question the healing experiences of the past several months. Why and how can such deeply experienced peace and healing turn again to fear and anxiety? I pray. I sing endlessly. Monotone as I work.  I read St. Teresa of Avila, Sister Frances Clare. The Seven Story Mountain. The Seven Steps. I do not try to understand the dream. The honest truth? It scares me silly.

Almost two years later, I begin to realize that the hairdresser represents the beginning of change in the inner feminine. Hair is a feminine symbol. The hair stylist may represent the Real Me. In childhood, conditioned by the culture of the 50s,  I learned to be very carefully socially acceptable. Please. Be careful not to judge the 1950s by today’s culture.

Without even being told, I had learned to please, placate and perform obediently to the norms of the culture. Later, I would learn otherwise. Underneath the false persona or mask of social acceptability lies the authentic person. That is one of the goals of dream work. To uncover the layers of false hoods and find out who we are. This is not a slap at parents. I am, like everyone else, a product of both nature and nurture.

Unfamiliar people are the aspects of myself which I do not recognize. These figures aren’t even family but strangers. The dream takes me back to my teenage self to the days of the first “nervous” breakdown as a 15 year old in grade eleven. Even though I want to find my inner wisdom and my Self, as symbolized by my attempts to follow Jesus, I become desperately anxious. Dream work is not for the faint of heart. It requires working through deeply held, unconscious fears. In a culture that prefers to believe in that which is rational; that is, what ever we can prove with facile facts is considered to be truth. In the political terms of the day, we do not want to “commit sociology”. Instead, we need to “face facts”.

This dream serves to bring me the gift of possibilities. The beautiful music may symbolize possibilities of harmonious transformation by my inner hair dresser, into my beautiful self. Hair is a symbol of strength. Of feminine nature. What happened to Samson of Biblical fame when Delila cut off his hair? He lost his power. Why are prisoners subjected to head shaving? To rob them of their identity. Soldiers? Short hair is a sign of the military power over the individual. The power of life and death. If I were leading a dream group, we would spend significant time finding as many levels of the symbol of hair as possible.

We have our hair done to ‘feel’ better, to be more ‘beautiful’. We “let our hair down”, meaning loosen up, have more fun or forget the silly control by so many rules. We listen to classical music, relaxation music, the heavenly choir sings and we are mesmerized. Music soothes and heals the soul. 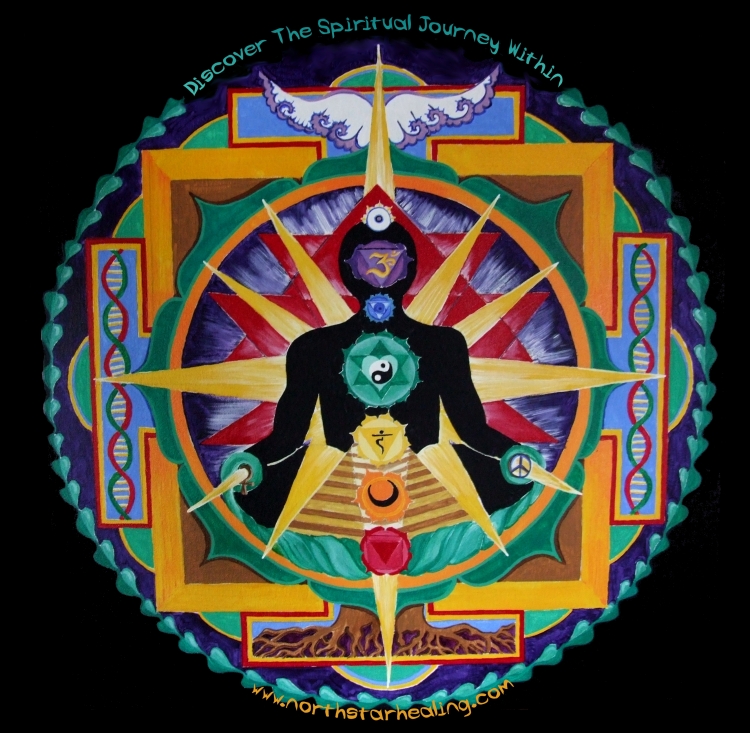 At the time of the dream, I had little, if any understanding of these words. The feelings of “lifting” and “leaving” my body produced serious fear and anxiety in the dream. I do have written in my Journal that the dream may indicate an opening of mind, spirit to new dimensions.

The symbol of the Pregnant woman brings hope. Pregnancy is a time of new life, growing within. The earth is alive with new life at Easter; it is pregnant with the possibilities of new growth. It is a celebration of fecundity. Of generativity and creativity. This pregnant woman is “a colleague” meaning I have some familiarity with this fertile aspect of my self. The acidic, gossipy tongue I fear is my own self censoring, abusive inner voice telling me that I am a fraud, I am being deluded by thoughts of miracles in my life, healing, freedom from depression. That if I am healed, then why am I still feeling terrible and anxious. Why am I not … why am I lacking. Do you have inner negative voice that runs off at the mouth with sulphuric comments? In Jungian terms, this is my acidic, hateful, negative inner feminine. But, she is pregnant with possibilities.

Sexual energy between two women symbolism. In 1991 awaken and feel deeply ashamed of this aspect of the dream. The rules  around sexuality that I have received by osmosis over my lifetime from 1945 to 1991 are many and buried deep. However, when gather the nerve and the energy to research the sexual imagery and symbolic nature of sexual images in dream work, an entire new world opens up. Subsequent to the Goal Setting Workshop of early January 1989, and the charismatic healing at St. Basil’s Church a few weeks later, many so-called “female problems”… dysmenorrhea, scattered and missing menses, pain, bloating …  completely disappeared. That story is for another blog. Suffice to say, this dream opened to me the beginning of understanding of the feminine principle that lives within every human person on earth. It began my journey into understanding that the earth Herself is feminine. The feminine face of God becomes faintly visible. I begin to read books such as Merlin Stone, When God was a Woman. I alternate between euphoria and darkness.

During the days of early dream work, I read the Bible often. Simply opening it to  page and reading became a favored reading strategy. I opened the Bible to Deuteronomy 8:2-3. It speaks to wandering in the desert for 40 years. “Not by bread alone does man live, but by every word that comes forth from the mouth of the Lord”. Jung cautioned those who sought him out for psychological work, to visit the religion of their childhood.  He also made clear that the soul does not live with the bleakness of rational thought. Dreams are the language of symbolism. The Catholic Church is filled with symbolism but much of the richness, the depth, the artistry, the possibilities, have been reduced to literal words. The rituals have become merely dry and dusty “events”. I searched and found the etymology of the word religion. It comes from religuere to return to the Source. Each person will have an interpretation of the Source, the Divine, Creator. For me, God is the Source of my being. Since 1989, I have deepened, broadened and acknowledged a different God. I was living with the God of the Old Testament. I was living with the fear of sin and punishment. The God of the Old Testament. Over these  last 25 years, I have taken God down out of the Sky and placed Her within me and all the Universe. The concept of original sin has become the concept of Original Blessing. Not without some deeply threatening existential angst. That was part of my journey. Religion is much maligned especially by those who make literal interpretations of the Ancient Texts, remake God in their own image of vengeance and punishment. I have learned that the Bible is filled with Wisdom when your read with Hermes, that is, with the lens of hermeneutics. To take the Word as literal is theft from your own soul. Symbolism is the language of the soul. I don’t pretend to understand. I reserve the God-given right to search. I am sure She can handle my puny questioning. Any God not strong enough to to prefer my doubts to certainty is a puny God made in the image of despots.

I am reading Edgar Cayce, the mystics, and other spiritual books about energy. From Father George Maloney, Uncreated Energy, the physics of miracles, that is “seeing what has always been there.” Fear is my constant companion. I read I don’t know where I am going but I sure ain’t lost, Jess Lair.

I write poetry to honor the dream. Poor poetry for sure. But the dream does not demand great poets. Nor does the dream demand to be honored. The honoring is for myself. To help me deepen my interpretations. And to try to overcome the fear.

Today, February 9, 2015, I can watch youtube and find 4th Dimension Explained. It is absolutely astonishing! The Ludwig Schlxfli, 19th century Swiss geometer was a visionary, understanding that space has a high number of dimensions. There are at least a quadrillion things I do not understand! The video says simply, understanding the Fourth Dimension requires significant learning. What is the meaning of hypercube, tetrahedron, simplex, the 24 cell with no analog in dimension 3! Remember, this was explained by Schlxfli in the 19th Century. My dream is much more amazing than I originally considered. 25 years later, I still have little to no understanding of what it would mean to me to move to the 4th Dimension.  One thing is clear, that level of change scared me! Who understands space and time? How do I move in space and time?

When asked about the Fourth Dimension, Carl Jung purportedly explained it as a realm of ideas, the world of imagination where we can make anything happen. It’s a very big world, infinite; a world that is often referred to as higher consciousness, where one makes a leap in vibration of the human energy body. The dream tells me I am afraid of change.

And yes, there are those who disagree. I am not interested in the literal; only the symbol as in the dream. Significant work to understand! 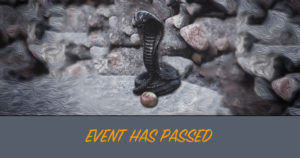 WORKSHOP: The Apple and the Talking Snake Presents Dream Circle for Beginners …