Quiet the Mind and the Soul will speak

Gaining the Inner Authority to Learn from my dreams and to begin to teach others.

I have spent more than half a century investigating natural symbols and I have come to the conclusion that dreams and their symbols are not stupid and meaningless. On the contrary, dreams provide the most intereting information for those who take the trouble to understand their symbols. The results, it is true, have little to do with such worldly concerns as buying or selling. But the meaning of life is not exhaustively explained by one’s business life, nor is the deep desire of the human heart answered by a bank account.

And further, he says,

In spite of the fact that the Catholic Church admits the occurrence of somnia a Deo missa (dreams sent by God), most of its thinkers make no serious attempt to understand dreams (Man and His Symbols,Jung, 1993).

In the early 1990s, writers and thinkers, including many among Catholicism were coming to honor their own understanding. After Vatican II, many Catholics began to understand that blind obedience to authority was no longer the requirement of the Church. I was 16 when Vatican II and Pope John Paul, “opened the windows and let the light shine in”. It would take me a good long time, but I would come to a place where I could say, “I am my own authority.” It would not please some. It would greatly please others like Father John Rich in Maryknoll, New York and Father Brabant, in St. Vital, Beaumont!

Honoring the Dream by Meditation

(exerpts from May 1991 Dream Journal) Two years after the Living Room dream, I am re-reading my Journal. I am also learning that there are many, many ways to honor the dreams that come to me. Meditation is one such way.

As I move into my meditation, I call to mind the Living Room dream images. I am filled with love, light and peace. An image of Mother Mary, my Wisdom figure, appears in a radiant energy of love and wisdom. Words begin to pour through me.

“I am indeed the wise Mother. I come to bring you comfort, wisdom and guidance.” She sits on the arm of my chair, very close to me. Just sits and gazes lovingly at me. I am deeply relaxed and drifting. Warmth spreads through me right down to my always very cold feet. The image of Mary is replaced by The Christ. A deep sense of unity pervades my being. Time is suspended. I have absolutely no idea how long I meditate.

“Mom! Did you buy any fruit?” It’s my elder son. I open my eyes. I feel as though I have been given an injection of peace and enough energy to reenter the physical world and focus once more on healing the closed off and painful aspects of my being.

I am exhausted with the work of healing. Although many issues were resolved in an instant during meditation in  January of 1990, the damage to my body due to repressed fear and pain of 41  years has taken its toll. My entire nervous system is functioning poorly, actually according to the kineseologist, it is shutting down. I have iron bands around my chest. The nervous system controls and coordinates the organs and structures of the human body. Depression hurts, just like the ads say. Worse yet, years of depression built misalignments of spinal vertebrae and discs. I am plagued by insomnia, dizziness. The kineseologist says the blood supply to the head, pituitary gland, scalp bones, brain and sympathetic nervous system has been affected by the very early childhood trauma. The psychotherapist says similar things. The medical doctor, unfortunately, has no understanding of effects of depressions over years. He simply thinks pills are the answer. I don’t agree. They were never the answer before. Why would they be now?

After the massive shifts in my being since 1988-1989, even what I think are minor irritations, cause me much distress. What if all this healing is an illusion? What if depression returns with a vengeance? And of course, the usual. Fear of ridicule. I try to shrug it off. I tell no one. 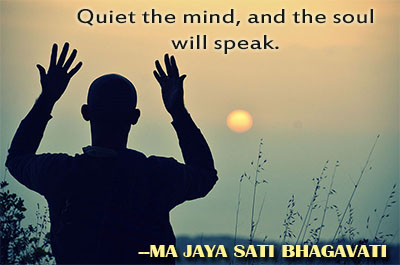 I was molested as a small, preverbal child. There. I said it. Again. Our culture and indeed almost the entire society we live in, prefers to believe that this kind of molestation does not happen. Children forget. It is a huge lie. Nothing is ever lost in the Universe. The preverbal child has no way to tell anyone what has happened. There is a part of me that is glad my Dad did not know. He may well have done some serious damage to the person responsible and thus interfered in my soul contract. On the other hand,  my parents would have known, perhaps, what needed to be said and done. Perhaps, they might have understood the need for healing, compassion and forgiveness. Instead, my childhood silence was put down to quiet personality, shyness. My body pain, the doctors said was childhood rheumatism. The depressions which began as I entered womanhood via menses, “teenage angst”. Today, I hope, medical doctors are wiser.  Good psychotherapists certainly are much wiser. However society has not caught up. Given the stories I have heard from other women of my generation, sexual assault was common. Among my many friends and family, since I told my story, many have come to me with their own stories. They told no one. Even though they were older and did have language. If we are honest as a culture, the good old days weren’t ever so good for many girls and women. I was lucky, when I did tell my parents sometime not that long before my Dad died December, 1990, they were supportive. Among my papers, I have the letter my Mom sent after she and  Dad returned home. It fills me with love and pride.

In August 1990 through to June 1991 I focused my reading, writing and meditation on healing the residual shame within. I was experiencing major kidney problems, severe back ache and very poor circulation. John Bradshaw, Healing the Shame that Binds (1988) was the only book I could find then about shame. In our rush to think only positive thoughts,

On that day in May 1991,  after my chiropractic treatment, Dr. Z suggests I wear a back belt to ensure that my hips stay in place for more than one or two days between treatments. I cry. And cry. It all seems so hopeless and useless. After all the work I have done, all the deeply peaceful, beautiful experiences in healing and meditation … I still HURT. DAMN. Why do negative beliefs continue to reside in my unconscious where I can’t see them, but only know their manifestation in the body? That day was horribly awful.

Learning from Jungian psychology about the personal unconscious and even more deeply the collective unconscious is critical. Our entire Western culture rests on false premises. Rational thought is actually impossible. Yes, I said, impossible. Neuroscientific research has shown that emotion and the senses underlie thought. Trying to “think” through these healing processes is impossible. (find the Neuroscience Institute address and put it in Resources).

The form of your meditation is not important. My meditations in 1991 arose from the work of Lawrence Freeman, the Benedictine Monks. His time honored work resulted in the revivification of meditative practices in Catholicism. However, not all  those who claim to be religious would agree. There are those in fundamentalist groups who believe meditation opens the way to the devil. Personally I favor the power of the Trinity, and while studying at a Dream Intensive in New York experienced the deep loving power of the Feminine aspect of the Trinity, Shekinah. There may always  be disagreement. I intend to honor my own experiences. The main point is to HONOR your dreams in some particular way in order that you expand your consciousness past the 5% stage.

Throughout these blogs, I use different dream strategies to help me to deepen my understanding. As I return to dreams from 26 years ago, amazing things are beginning to occur within me. I am blessed with this time and this place.

Learning to honor the dreams through various processes including physical therapies, meditation, drawing and “sitting with” is very important. Just writing down the dream is the simplest way to honor it.