In the west, a soft pearl, fog-swaddled moon hangs white glowing over the early morning ribbon of icy highway.  A thought of an encounter.  Encountering.  What is the moon?  A thought that an encounter with the moon isn’t ordinary.  What’s ordinary?  How does the moon evoke me?  Perhaps an encounter with the moon is too esoteric, too much a thing to hang on to.  An encounter with the moon is basically a spiritual experience.  I am very often drawn to the moon.  What is this drawing?  Is it a longing to be connected to the notion of the divine in the transcendent beauty of the sky?  Is it a symbol revealing Divine power to create and to destroy?  The moon is connected with death and with life; it appears in literature along with the serpent and water arising from some ancient symbolism long forced underground and buried through literalism.  The moon is linked with the Great Mother before a time when patriarchal religion separated the aspects of the Goddess, proclaimed it polytheistic and ascribed Her powers to the Father God.  I don’t recall the details of Goddess in Every Woman, except the notion of Ceres and Artemis as goddesses of fertility. There hangs the moon.  Am I guilty too of literalism in my mental focus on the moon?  Is it a symbol of something greater than it is…is it just the moon?  Or is the divine revealed to humankind through the visible natural creation.  What is revealed to me through the moon that appears through its phases time in and time out?  Is there some essence of moon in my unconscious?  The moon and I are one?  Is it a call to sacred space within? 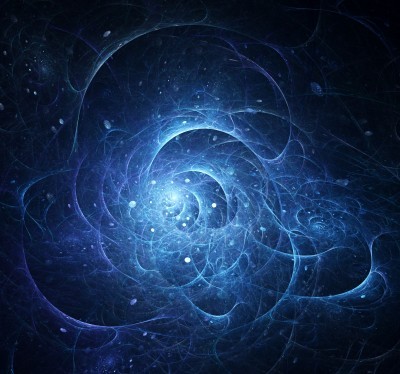 I think of woman-life and the moon.  The regular, cyclical, changing impermanence of the moon.  There’s the new moon.  New beginnings.  The moon is a woman’s menstrual cycle through slowly filling up and emptying again and again.  There’s the Full Moon of pregnancy when the womb slowly fills from seed to birthing and empties.  The tides.  I realize I don’t really know how the tides are connected to the moon in a technical, scientific explanation but I know the experience of connection with the moon while staying beside the ocean for two weeks watching the tide rise and fall, go in and go out.  There’s a longing in my body.  The body knows.  What have I lost not being connected to the world in Aboriginal culture, to the celebration of first menses tended by the women in the moon hut.  I recall Dr. Griffiths telling me that my introversion was more suited to living in the hut at menopause.  Something denied to ‘modern, busy’ women.  How is the moon connected to woman and femininity?  Moonstruck.  The crazy days.  Those days as a school administrator when the kids ‘went crazy’ and all manner of untoward things seemed to happen.  “It’s full moon, that’s all.” Funny looks.  I find ‘moonstruck’ in the dictionary and it says, “mentally deranged, supposedly by the influence of the moon; crazed, dreamily romantic or bemused. [1665-1775].”  The word origin time frame is about right for the age of Enlightenment when we began to distrust the natural world and lose connection with it through rational scientific thought and we denigrated and demonized the ‘pagan’ and ‘primitives’ as polytheistic, nature worshippers. Moon.  Luna.  Lunatic.  I imagine that early peoples understood the pressure of the moon on the human body and our connection to it.  As the moon ‘fills’, so too does the human body and perhaps we become different.  It is said that during a woman’s menses the veil between her and the ‘other’ world is very thin.  Her intuitive or mystical powers are heightened.  In earlier times, when women lived tribally and spent more time together, they menstruated at the same time and followed the 28-day cycle of the moon.  I think of the cycle of life ceaselessly changing through eons.

What have my children not experienced with the loss of understanding of the natural pushing and pulling of the connection between earth and moon?  Encountering the moon.  Thinking of my grandchildren living where the city lights, technology, manmade lights most often render the moon invisible.  What will stir the soul of the city child?  Thinking that the natural world speaks to me through the moon and as the moon hangs over the fields this morning, I remember travels in moonlight.  Riding horseback, the freedom of bareback on Pauncho, my restless black gelding, on a fall evening as I ride across moon filled fields.  “It’s supper time, Dad.  You have to come in now.”  And his response, “Tell Mom we’re going to keep on going until we’re tired.  The moon is full.”  Even driving this cold morning on an icy highway, I can feel the glow of the moon on those long ago fields.  Harvest moon.  The words to an old banjo song come back, “By the light of the silvery moon ….”  I plant my garden according to the phases of the moon as did my mother and grandmother before me.  My Dad planted the wheat with the moon.  The moon governs the plants and the waters of the tides.  The cosmos governs life.  The moon and memories.  The past.  What is beyond the moon?

I think of Easter and the coming of Lent in the Christian calendar.  Easter, at least so far, always falls after Passover; its date fixed by the phases and cycles of the moon and spring equinox.  Easter honors the cycle of nature and could be understood to make present the ‘that’ which happened and cannot be repeated.

A thought of lightness and darkness…the dark of the moon, the full moon.  The remnants of moon and sun in our culture…Mo[o]nday, symbolic of the first day of creation through to [Sun]day when the sun is triumphant, symbolic of the resurrection.  When the light of the sun renders invisible the light of the moon.  There is a lot more written of the symbolism of the moon and I think I can’t think any more.  Encounter.  What does the moon see?  David says to remember that what we encounter encounters us.  In Super, Natural Christians, Sallie McFague says,

According to McFague, the Arrogant Eye enables me to live in the illusion of individualism, distance, objectivity and control rather than interdependence and mutual influence.