Addendum
It is now June 2019. Authoring Self: A Journey through Dreams to the Feminine was published May 24, 2019. In Authoring Self, Sister Sylvia from the Dream Intensive in Maryknoll Centre, New York, says, “Pearl, you will have to deal with your issues of Church.” It will take many hours of meditation, writing and dream work to heal the ruptures rent in my soul from doctrines such as Original Sin, the refusal to ordain woman, and the anti-Christ refusal to acknowledge the fullness of acceptance for LBGTQ people.

Today, this post appeared on my Facebook feed. https://www.facebook.com/ErikaLegacyFoundation/ Erika was a talented and successful student in my Advanced Practicum Teaching course at the University of Alberta about 2011.

It was January 22, 2015 when I entered the following post onto the website, it is Mental Illness Week. In the Times Columnist, Richard Stewart is the author of “Why do we ostracize the mentally ill.” The newspapers across North America are filled with news reports of murder and mayhem committed in the name of some ideology or other. I am wondering why politicians find the word “terrorist” so useful when it is clear that some young man murdering a policeman on parliament hill, is clearly mentally unstable. Mental illness has both a stigma and a political usefulness. I hope that even one person is helped by reading this series of dreams worked with over 25 years. This is dream number two on the road to recovery from clinical depression. It was a very long road. But it did come to a new way of health.

In my dream, I am in an unknown church. Wherever I sit, the people  get up and move away. I do not know any of these people. The chairs in the church are in great disrepair. I move around, sitting in various places within the church. The unknown people are very angry. I leave crying like a heartbroken child. I am afraid my sobbing will awaken Bill. I am sobbing out loud as I awaken.

It is 6 months since the initiatory dream, The Landing, December 11, 1989. I have spent many hours in meditation, circle work with other women in both the Catholic Church and a small group of friends studying, The Teachings of the Inner Christ. I  read many times, that if we stay awake, and watch, what we “need” will come to us. Looking back 26 years I can see that many of the workshops, circles, meditation  and channeling  appeared as I needed them.

In 1989,  I was still steeped in  traditional liberal Catholicism. I grew up  with deeply devoted Catholic parents who also were very accepting of other people and respectful of their ideas. However, their faith stance remained strong. At the time of this dream, I was experiencing an intense inner struggle to understand what was happening to me as my inner voice spoke often providing a haven of loving and gentle peace even as I continually wondered if I was being caught up with something “evil”. In hindsight, I realize that moving into, with and through a deep depression of 27 years requires real transformation of belief systems. I  attended a Charismatic conference in which the speaker, I am not sure of her credentials I realize now, warned against personal healing without submitting to “authority”.  She told me she could read my personal story and tell me if my healing were “real”. I refused.  My refusal wasn’t simple. It threw me into an intense, fearful, and existential inner struggle.  I researched her statements, and found that many were her own very literal views of Biblical text. She had no understanding of hermeneutics, interpretation, or the possibility that text has multiple viewpoints depending upon the beliefs of the reader. I became ragingly angry with egoic authority figures, fundamentalism and the constant carping that evil was seemingly everywhere!  I raged. I questioned the belief in dualism, my own beliefs and interpretations. I began to feel like a question.  I attended several evening book talks at the Convent of the Ursuline Sisters and  found many books about Catholic mysticism from the Middle Ages. I attended a session with Jo Nelson from the Canadian Institute for Cultural Affairs. My world began to open into a wide vista of possibilities. But the fears were real, threatening, and deeply rooted. Then to add to my fears, I was dumb enough to read Douglas Groothius who claimed that some healing may be from “the evil one.”

Mystics have been subject to threats, ridicule since forever. Then written off as “heretics” “hysterics” and “too emotional” ” by authority. Remember, women were considered “weak” and “incomplete” men by early Church fathers as well as other powerful men. I cried. Often. Alone. I found deep comfort in the writings of Thomas Merton, George Maloney, S.J., Father John Main, and any thing written about the visions of Mother Mary. Reading night after night alone in my living room, writing pages in my Journals, with floods of tears. Sister Francis Clare, Eileen Caddy gave me new insights. Peter de Rosa, The Vicar of Christ: The Dark Side of the Papacy provided an historical and research based view of the abuses of the Catholic hierarchy with the Inquisition, witch hunts, murder and intrigue underlying the desire for power and control.

I alternated between the exhortation to forgive and the need for understanding and approval. I was in the early stages of becoming my own authority. The cultural fixation on social and societal conformity is unyielding. But  as Jung points out, the soul or psyche seeks individuation. I began to see and feel the need to separate myself from the collective identity of my youth and early adulthood. Conformity needs kept me from experiencing all I had prayed for and longed for…healing the severe depressions I lived with daily. I remembered the prayer card, St. Dymphna, patron saint of mental illness, Mom had given me in the early 80s. It was a day of desperation. I had started to “clean my house” and our entire home was in chaos. I cannot remember the date now nor even the month. I remember my parents surprise arrival. I remember running out the door straight to Dad, crying hysterically, drenching his shirt. Mother made tea, made sense of the house. I had never in my adult life hugged my father. He was not demonstrative. Lest you misunderstand, I knew my Dad loved me. He simply was not emotionally demonstrative. Period.  From that day until the last time I said goodbye, my Dad offered a hug.The incident was never spoken of again.

Early that morning, Dad  had gone out to work, then returned to the house and told Mom they were coming to see me. At first she was puzzled, then, packed and made the drive of 250 miles to our farm. When they arrived, they found our house in a state of chaos beyond description. Dad  intuitively knew I needed him desperately and he acted on that intuition. I am forever grateful.  Years later, Mom did tell me that on the drive home, she saw my Dad cry for the second time in their many years of marriage. “Why can’t anyone do something for that girl”. 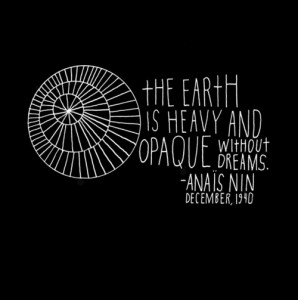 Working with the dream.

Writing without censorship. The dream is recorded here exactly as written in 1989. The notes are excerpted from my Journal/

The dream indeed brought me the gift of feeling. I recognized my deep fear of ridicule, my false beliefs around my individual identity.

At the time of the dream, I was reading The Courage to Be, by Paul Tillich together with Dreams: God’s Forgotten Language, Sanford, when the Church dream occurred. I had read Mark, Chapter 2 the evening before the dream. In that text, Christ challenged the Pharisees as he breaks bread with “sinners” and heals a man on the Sabbath. Christ apparently is not a fan of literality, self-righteousness, rule bound narcissism into Goodness.

So, given all this, what gift can this dream be bringing me? Indeed, given my deep healing experiences, I was in serious need of finding a new place to sit. I needed to move out of my comfortable pew. But I was frightened by … my old inner conformity, my rule bound self.

My soul needed moisture, richness. There are many places within the Church.Church does not mean a building. No symbol is that literal in the dream world.    I needed to find my space of spiritual belonging.

Using the nouns from the dream, I found new ideas, new thoughts and a deep release of many fears. The Church may be my own Inner Temple or perhaps symbolic of the Universe. The people moving away from me, my dream ego, may be interpreted as my fear of being different, being ridiculed and not belonging. I need to repair or find new chairs. The anger of the people is my own anger against myself. In Jungian thought, dream people are aspects of self. This is not about others. It is about my own beliefs, fears, interpretations and emotions. The dream feels like forgiveness. Within rules and rituals are miniscule seeds of truth … small “t”. The Church, as my Dad taught me, is the entire Universe. I remember him answering my 4 year old self questions about a neighbor who was haying the fields one Sunday morning as we drove to the local Catholic Church. “He could be praying up and down every row,” he said. “After all, he is in the biggest Church there is.”

So, within my inner temple all the angry aspects of myself might be healed. Rules and rituals must not become dry, broken and concretized. The new wine of healing must not be poured into old wine skins.

I poured out many questions in my Journal. It would take many more dreams to provide answers. What remained was the sense of forgiveness. The biggest question was, “Why can we speak, sing, study about being Sons and Daughters of God, Jesus, Son of God, but when we seriously try to understand ourselves as potentialities of healing, we are suspected of being in a cult? Practicing evil? In 1989, these fears were overwhelming.

I was soon to dream again …

In March 2014, I heard the following CBC Radio program about Louise and St. Dymphna. I was reminded of the prayer card Mom gave me 40 years ago.

Sunday March 2014. The Sunday Edition with Michael Enright. How a little town in Belgium may show us how to care for the mentally ill.